Paper – Journal of Investigative of Dermatology (Feb. 2018)
– Classification of the clinical images for benign and malignant cutaneous tumors using a deep learning algorithm

Letter Paper – Journal of Investigative of Dermatology (June. 2018)
– In here, we explained the difference between AUC and Top-accuracy and between multi-class classification and binary classification. If the results were calculated without considering threshold  of AUC and multi-class classification, the sensitivity appeared low inevitably.
– Interpretation of the Outputs of Deep Learning Model trained with Skin Cancer Dataset

Model Dermatology and Model Melanoma  are using the same AI model which was trained with 220,680 images (174 disease classes).

The current web-DEMO (http://modelderm.com) is running using the newest AI model which was trained with 4.2 million image patches (184 disease classes). The new model have the same or slightly better accuracy for the Asian population those reported by the JID2020 model (http://jid2020.modelderm.com) and JAMAD model(http://b2019.modelderm.com). The Top-1 accuracy using the Edinburgh dataset (mainly white populations; 1,300 images; 10 tumors) improved from 53.6% to 60%.

The Build2020 (http://modelderm.com) includes a feed forward network which was trained with metadata (age and sex) from 21,711 Asian patients (694,858 image patches). In addition, the algorithm considers basic characteristics of the lesion (onset, pain, and itching) for diagnosing general skin disorders.

The new alpha version (http://t.modelderm.com) integrate all neural networks, and it could diagnose while considering basic metadata. 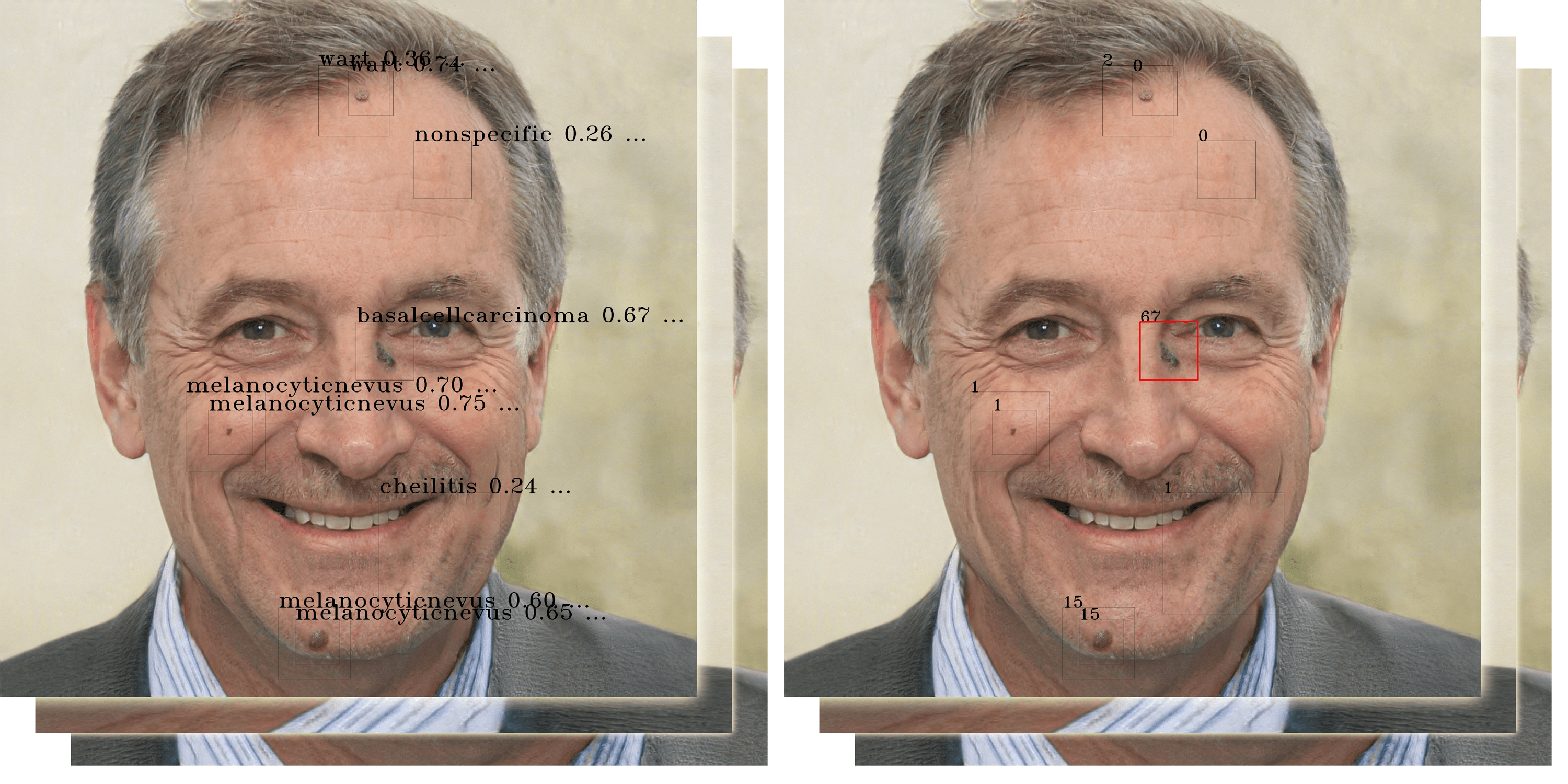 The Model Dermatology with RCNN (http://rcnn.modelderm.com) was developed for the use of screening skin cancer. Region-based CNN technology was used to train a blob detector and used CNNs to train a fine image selector and a disease classifier. We collected and annotated approximately 1100k images by extracting all possible lesional areas from the entire training photographs.

Paper – PLOS Medicine (Nov. 2020)
– Assessment of deep neural networks for the diagnosis of benign and malignant skin neoplasms in comparison with dermatologists: A retrospective validation study

A New improved DEMO is available at http://rcnn2.modelderm.com.  In determining malignancy, the sensitivity for the white population was improved using the ISIC dataset from 52.0% to 69.0%. 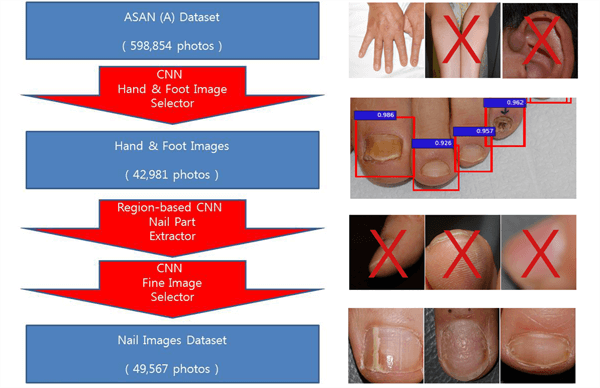 Model Onychomycosis (http://nail.medicalphoto.org) is trained with 49,567 images generated by region-based CNN (R-CNN). In order to create a deep learning model that demonstrates diagnostic capabilities beyond the specialists, we generated a huge nail dataset by using faster R-CNN.

In order to obtain results similar to the specialist with current deep learning models and a small number of data (500 images per class), we should analyze the lesion of interest after cropping the part. 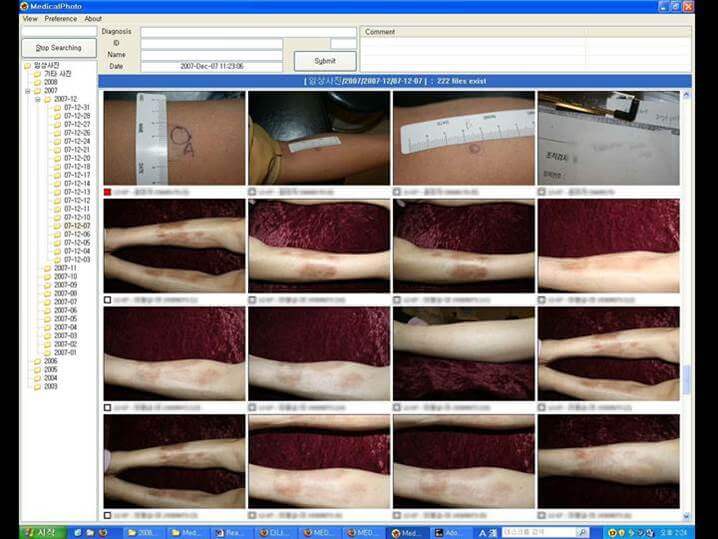 MedicalPhoto(http://medicalphoto.org) is a non-commercial medical image management program. This program was developed and maintained by Dr. Han Seung Seog. The core parts were written by standard C++ with boost asio library with Unicode support (both UTF-8 and UTF-16LE), and SQLite was utilized as a main database engine. The source codes and binaries of this project were released in 2007.